dark
I don’t have as much free time in my life now that the school year has started up again. Instead, I’m teaching kids about history or planning on how best to teach kids about history, or coaching kids on how to run faster. Teaching and coaching are time-consuming, ya know? But every once and a while, I do get some downtime to just sit in front of my computer and chill. As I sit down to relax on any given day and look at my recently played games list, it’s easy to notice a pattern: they are all isometric RPGs.
Between Path of Exile, Pathfinder: Wrath of the Righteous, Diablo II: Resurrected, and Gamedec, there is something within this subgenre for just about anyone. I haven’t spent a ton of time on any single one of these (Path of Exile being an exception), but I did want to take some time and talk about each one a bit. 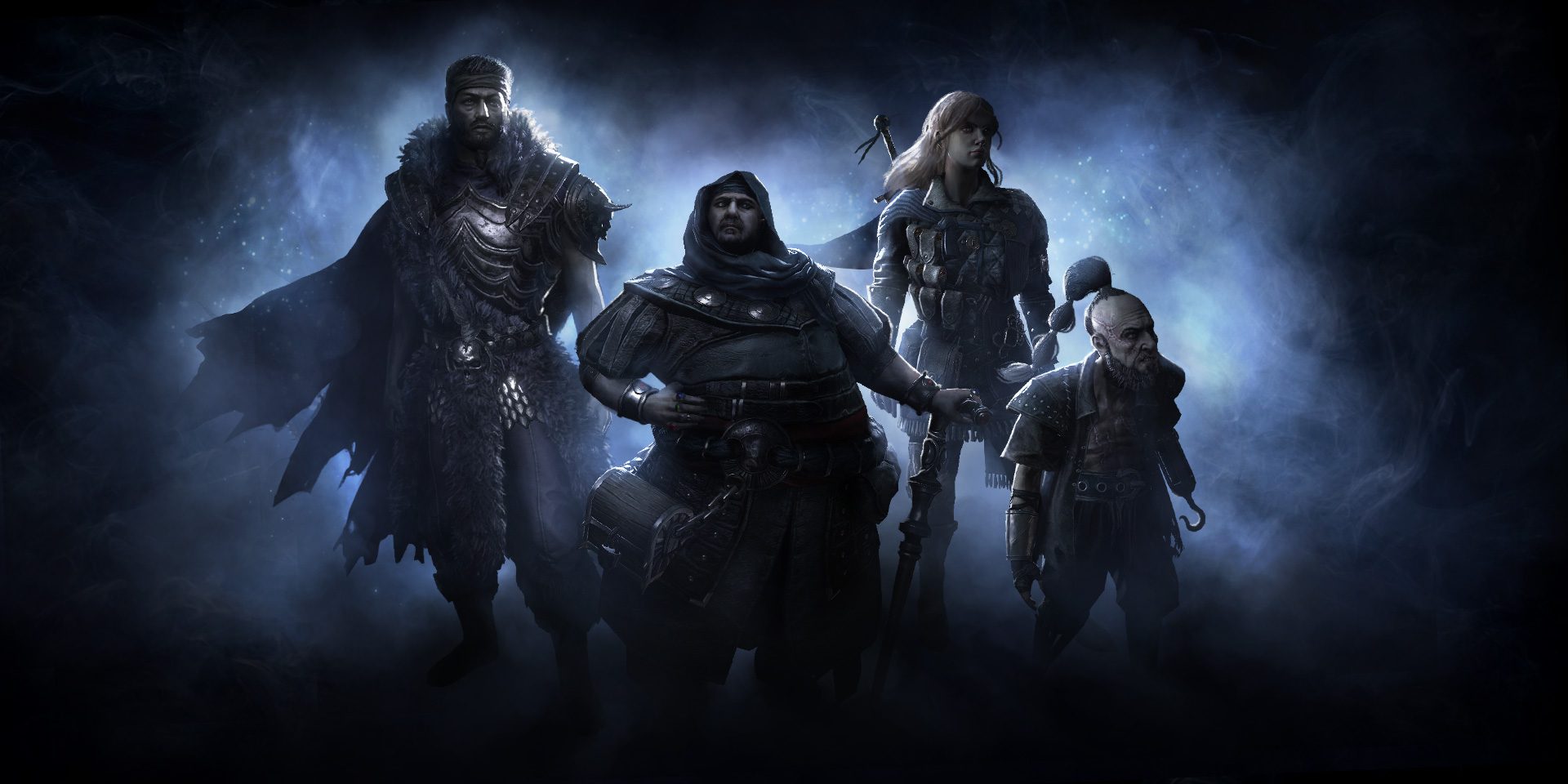 The latest Path of Exile expansion is nearing the end of its cycle, and I did pour a good amount of time into it. I leveled three characters to levels 82, 84, and 87. This is probably the first league in a while that I didn’t hit 90 on at least one character. This was the so-called “nerfs league,” and boy did some of them hit hard. The mana struggles are real, people! I played a Pathfinder to start the league and so I didn’t feel the flask nerfs until I started playing other characters, and those were pretty rough too. Some of the mana changes were altered after the league was underway, and Grinding Gear Games stated that they went a bit too hard on both flask and mana nerfs, so hopefully 3.16 brings some welcome buffs.
The actual league content of Expedition has been great, though. The new NPCs are exciting to play around with (except the gambling Gwennen, she’s boring) and I hope Tujen and Rog stay around in some permanent fashion moving forward. The Expedition maps are also exciting, and I love the ability to choose the mods I’m up against. This league has also been super profitable while doing the league-specific content, which has allowed me to experiment with some of the new skills. My quick rundown of the skills I was able to play around with:
I’m looking forward to 3.16 later this month, especially since the new teaser just dropped and got my juices flowing again! 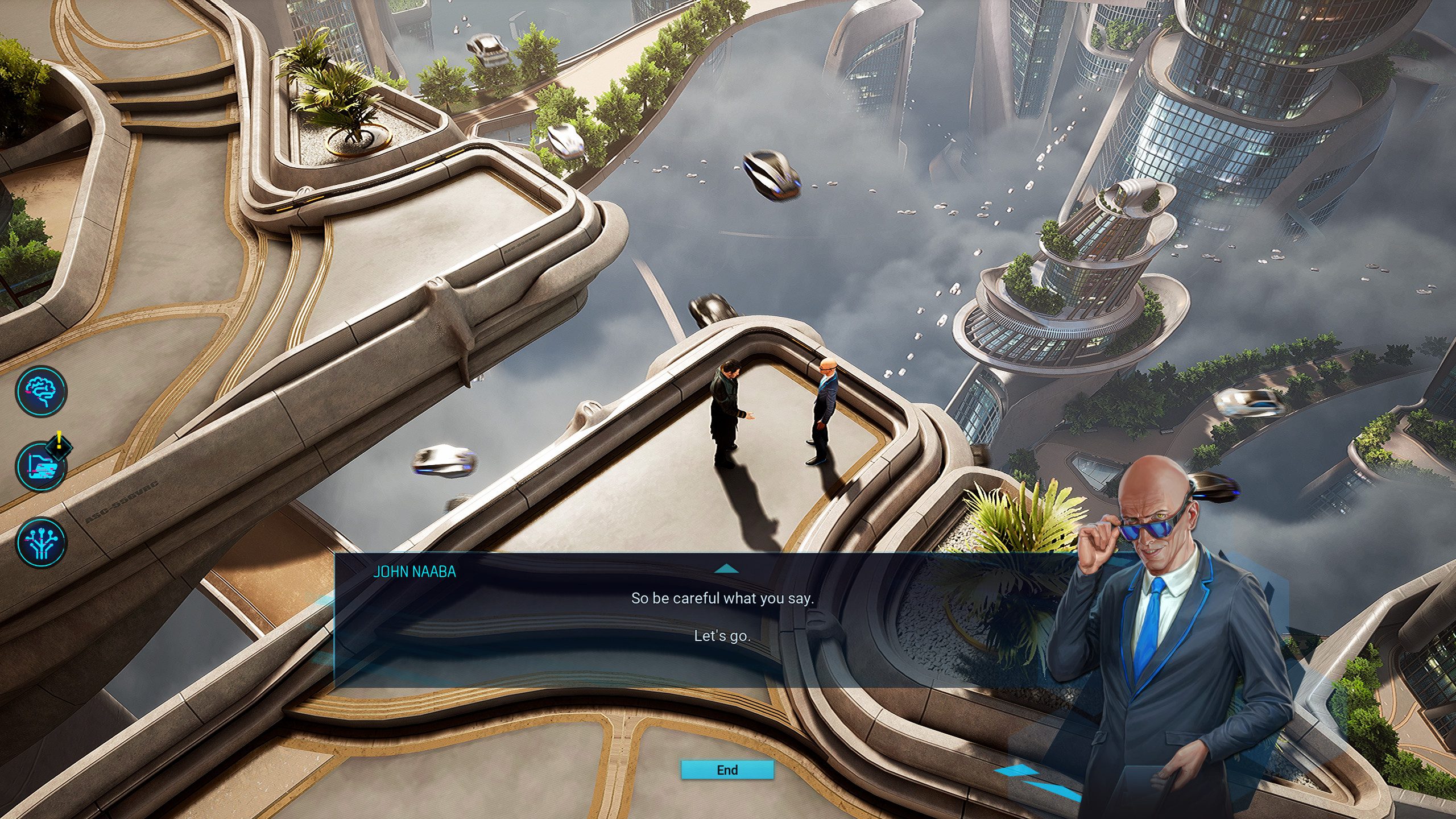 This game caught my attention as a combat-less detective isometric RPG. Maybe this is the game to really nail the cyberpunk feel that many were left wanting after Cyberpunk 2077 flopped?
Based on my time with the game so far…eh, not really.
I enjoy the story-focused gameplay but only having done the first “area,” I’m just not digging it. I already find myself speed-reading lots of the dialogue because it hasn’t really grabbed me. The attempts at humor have fallen flat and there’s not much enticing me to come back and continue to boot the game up, especially given the quality of other games in this post alone. It just feels…incomplete — like it needed more time to push it into a higher level of quality. The world doesn’t really feel alive, and as a result, I don’t feel like living in it. I’m not sure how much more time I’ll spend in Gamedec, but I do think something great can be done here with some patches and more TLC.
[These impressions are based on a retail build of the game provided by the publisher.] 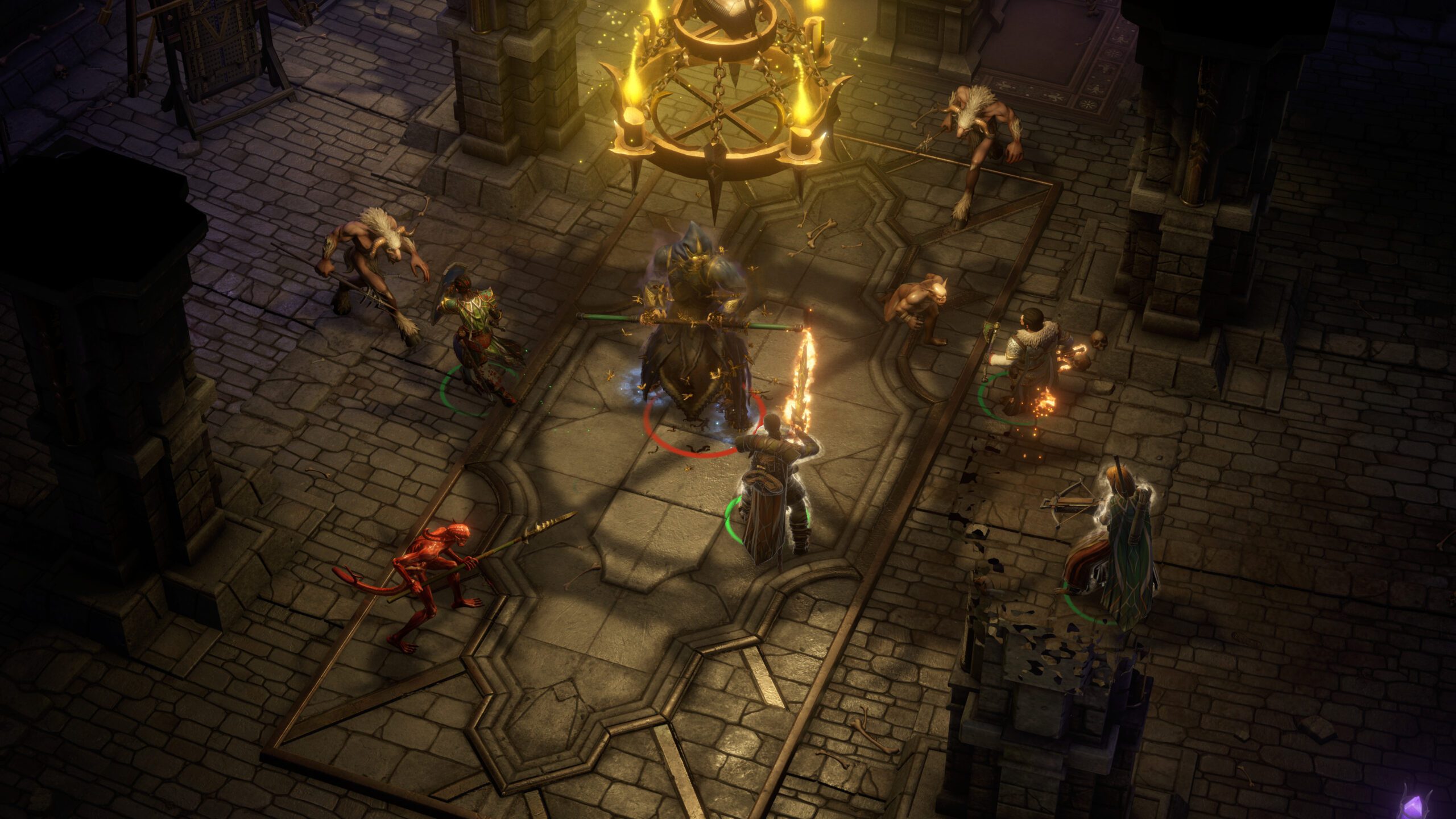 This is the game that makes me wish I had more free time. I immediately was drawn into the mechanics and setting of Pathfinder: Wrath of the Righteous. As someone who has played a D&D campaign under the Pathfinder ruleset (and will soon start one with Pathfinder’s second edition), I felt comfortable creating a character and playing out the battles. Even so, the game does a great job of introducing Pathfinder’s mechanics to the player one at a time. For anyone unfamiliar with the Pathfinder ruleset, creating a character might be a bigger hurdle than normal; just pick a pre-set character that sounds neat and go is my advice.
It’s also worth mentioning that I didn’t play the first game, and doing so isn’t necessary. I’m sure there are references to the original, but this is a wholly new story. I’m truly enjoying the characters introduced so far and where the story seems to be heading. It’s hard coming off of a game like Divinity: Original Sin 2 with everyone being voice-acted, but at least there is voice acting for the major scenes and moments. They have clearly learned from the mistakes of the first game: all I ever heard about was the bugs and the lack of turn-based combat. I’ve encountered no bugs so far in my playtime, and the game pauses by default when a battle starts and can be paused again at any time.
I’m genuinely looking forward to spending more time in Pathfinder: Wrath of the Righteous. As my schedule gets less hectic, I absolutely plan on killing my afternoons with my party members (which includes my animal companion deer!).
[These impressions are based on a retail build of the game provided by the publisher.] 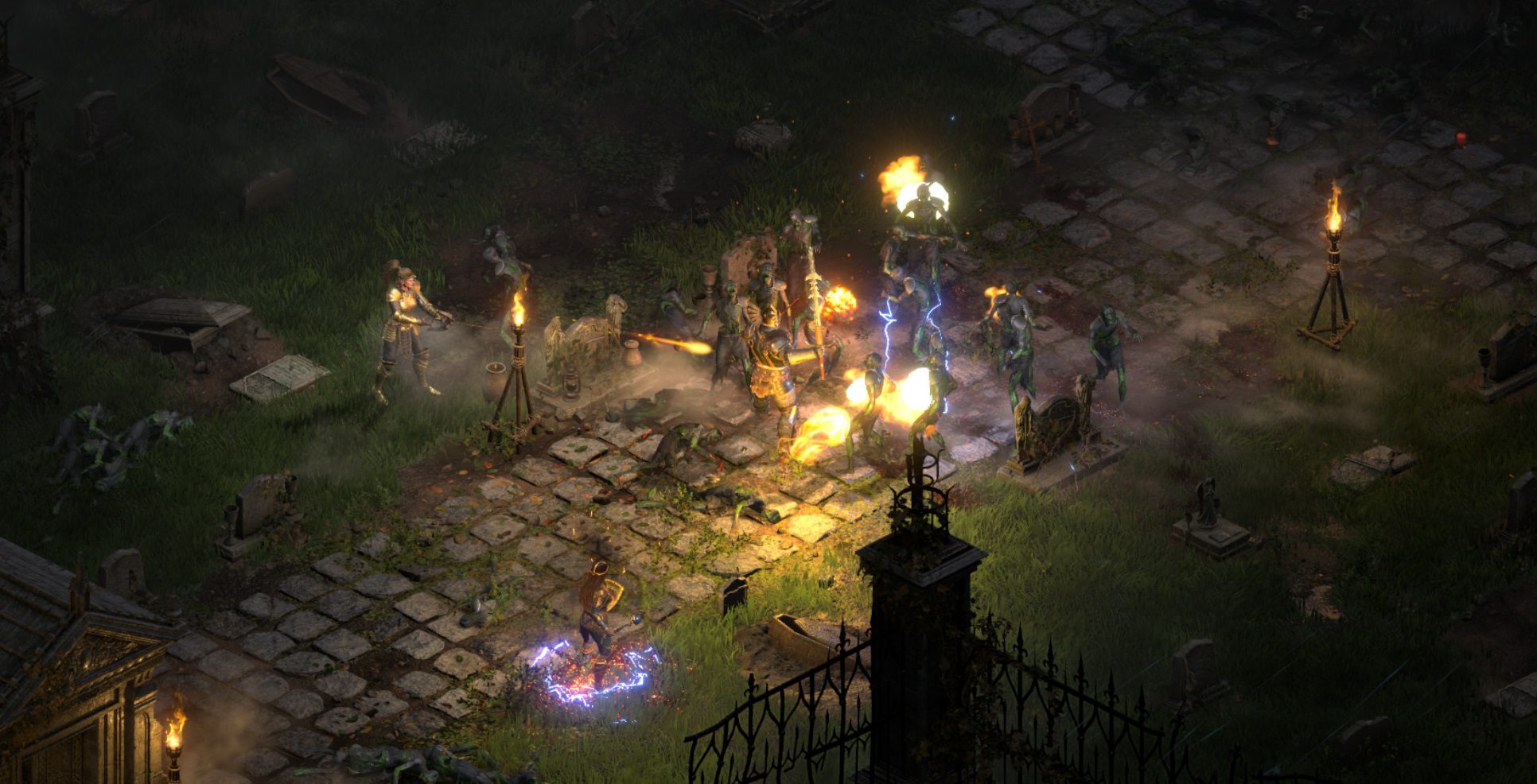 Chris already reviewed this, and I don’t really have much to add. I just wanted to say that it’s great to be back. The only reason Path of Exile, the game I spend most of my year with, is alive today is because of this masterpiece. Hearing those sounds again brings me back to a place lost in my memories. Seriously, once I heard the Town Portal sound for the first time in forever, a smile instantly grew from ear to ear.
Diablo II: Resurrected is my current de-stressor game. I don’t really care about what build I’m doing, I don’t care much about speeding through the acts, I just want to exist in a world that gave me so much joy in my youth, and D2R absolutely delivers on that front.
Filed under… #Destructoid Originals#features#PC#Role-Playing Games
Latest Features
Review: Metroid Dread
By Chris Carter
Kingdom Hearts’ Sora is the final DLC character for Super Smash Bros. Ultimate
By Chris Moyse
Review: Far Cry 6
By Jordan Devore
Twitch hacked, full source code, dev tools, and creator details leaked online
By Chris Moyse
Review: Nintendo Switch OLED
By Chris Carter
Got news? [email protected]
Latest Reviews
Review: Metroid Dread
By Chris Carter
Review: Far Cry 6
By Jordan Devore
Review: Eastward
By Eric Van Allen
Review: Alan Wake Remastered
By CJ Andriessen
Review: Hot Wheels Unleashed
By Zoey Handley
Review: The Eternal Cylinder
By Jordan Devore
Review: Super Monkey Ball Banana Mania
By Chris Carter
Review: Knockout Home Fitness
By CJ Andriessen
Review: Castlevania Advance Collection
By Chris Carter
Review: Actraiser Renaissance
By Zoey Handley