Pour yourself a pint and watch the world go by in this chill tavern simulation game
There’s not a lot to do during the early stages of medieval pub management game Tavern Master. But as I sit in my seat watching the punters come and go, my staff hustling and bustling up and down my modest establishment, I wonder if this is the life real landlords subscribe to – forever watching, forever tweaking behind the scenes, all so that they can offer the best night out in town.
Tavern Master was the briefest demo we played as part of Steam’s Next Fest, which is a shame because it doesn’t let you sample the good stuff. A simple and brief tutorial teaches you the basics, and then it’s mainly a case of watching the money roll in. You start with water and beer for beverages, but through a research tree that progresses as you serve more punters, you’ll unlock kitchens to serve food, as well as new drinks, events, and the ability to hire more staff.
As management games go this is not the most taxing you’ll ever play. There are no production chains to manage and no disasters to react to. Provided you don’t expand your guest capacity too quickly, there probably won’t be any workflow problems either. There are hints that something might need keeping an eye on – drinks pulled high on tables, staff ‘mood’ metres – but whether it’s due to this being a demo, the early parts of the game, or the fact that it’s still in development, your tavern will largely run itself.
As you build money reserves and unlock new features, you can go on a big expansion drive. More seating, the aforementioned kitchen, perhaps a weapons shop or library. 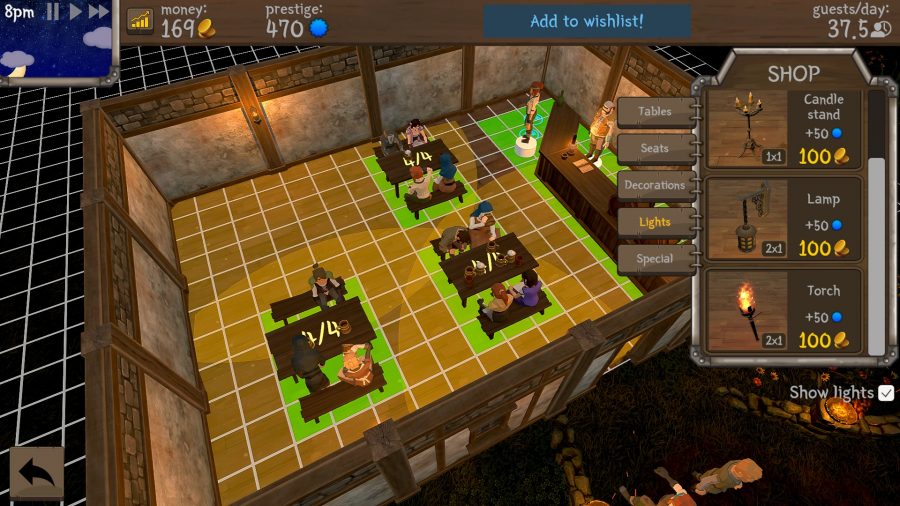 The limitations of the demo mean the tech tree is cut off quite early, before you can really get to anything interesting, but the Steam page at least promises that your tavern can grow from a humble watering hole to some kind of all-in-one venue for the well-to-do peasantry.
This is not the most taxing management game you’ll ever play

But the danger here is that the relaxed, rather banal humdrum of the early game continues. As fun as it sounds to build a pub that’s also a library, a weapon store, a hotel, and perhaps even the meeting place of every well-known hobby club in the land, it’s hard to really tell where the pressure is coming from.
Briefly donning my power gamer hat for a moment, the only real threat I saw to my operation was my own staff becoming better at their jobs. Sure, they work faster, but their salary also rises. Maybe I should fire them and hire at the entry level instead? That’d save a few pennies. 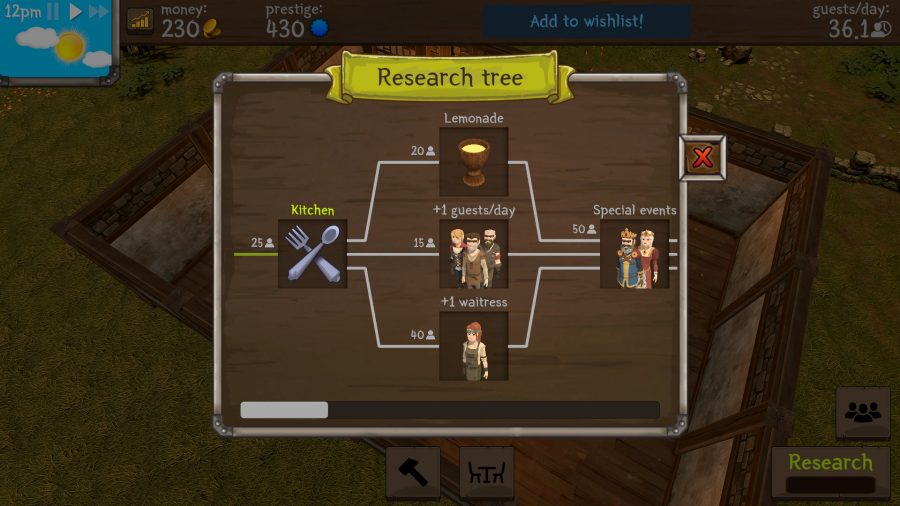 Tavern Master is scheduled for a release in mid-November. The developer is great with posting regular updates, and you can see the game coming along in decisive steps. Even if it does turn out to be more chill than challenging, it’s got a decent art style and everything seems to work as intended. I just hope there’s a bit more meat to it in the later stages.
Related: The best simulation games on PC
Tavern Master will release on PC via Steam on November 16.
Get involved in the conversation by heading over to the Strategy Gamer forums. To stay up to date with the latest strategy gaming guides, news, and reviews, follow Strategy Gamer on Twitter and Facebook.

We sometimes include relevant affiliate links in articles from which we earn a small commission. For more information, click here.
Network N earns commission from qualifying purchases via Amazon Associates and other programs.
Joe Robinson Section Editor – Strategy
Published: Oct 11, 2021
Chapter master of PCGamesN’s strategy content, Joe was previously editor for The Wargamer and Strategy Gamer, and has written for Rock,Paper,Shotgun.