The only good demo is a played demo. We’re doing our part!
Steam’s latest Next Fest has begun, and we’re jumping in head first like we did last time by trying out a few demos to see what the future of strategy games has for us. Last time we brought you some early thoughts on Wartales, and now we’re kicking things off with a brief look at Starship Troopers: Terran Command.
I’m a massive fan of the original ’90s film (although the book was a bit highbrow for my sci-fi sensibilities), but even I recognise that its under-utilisation as an IP is mainly down to how unique that same film was. The bombastic score, the over-the-top characters and action, the fact that it didn’t take itself too seriously… It’s no wonder that subsequent attempts to bottle that magic have kind of fallen flat.
Enter Terran Command. It’s the first Starship Troopers videogame since the 2012 mobile spin-off Starship Troopers: Invasion – Mobile Infantry, and before that there was the 2005 game simply called Starship Troopers. It’s published by Slitherine and created by the same studio that brought you hardcore WWII war game Order of Battle. Let’s set expectations early: based on the demo, this is easily the best Starship Troopers game ever, but that bar is pretty low, and this still may not tick all of the boxes.
The developer has done a respectable job in distilling Starship Troopers’ unique, one-of-a-kind blend of action and humour. It’s not perfect, but you can tell the heart is there, and there are plenty of smile-inducing elements to this tactical RTS game. 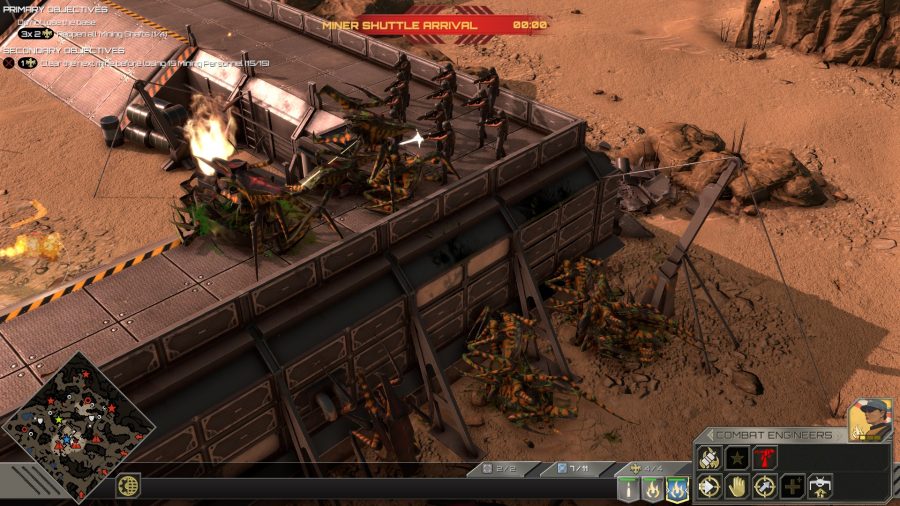 The three missions available in the demo vary slightly in objectives and scope, but largely involve the same thing – move your units through corridor-like valleys and rock mazes, capture something, or find bug nests to clear out. Sometimes both. Every now and then you get to defend a base, which is pretty cool, and a satisfyingly challenging exercise in optimal troop placement.
This is easily the best Starship Troopers game ever, but that bar is low

Mobile infantry units are pretty strong, but they can’t fire on the move and can’t fire through other friendly units. Assisting your basic infantry squads are engineers with their flamethrowers, snipers, and other more specialist units. The bugs come in many forms as well, but the basic warrior is the most numerous, and will use the kind of mass rush tactics you see in the movies, lending certain missions a feel of tower defence.
Gameplay is satisfying and fluid, but the flow is occasionally interrupted by trial-and-error repetitiveness that can grind you down the longer a particular bottleneck keeps vexing you. The demo at least is forgiving in letting you call in new squads and reinforcements as long as you have the capacity for them, regardless of how many you’ve lost. 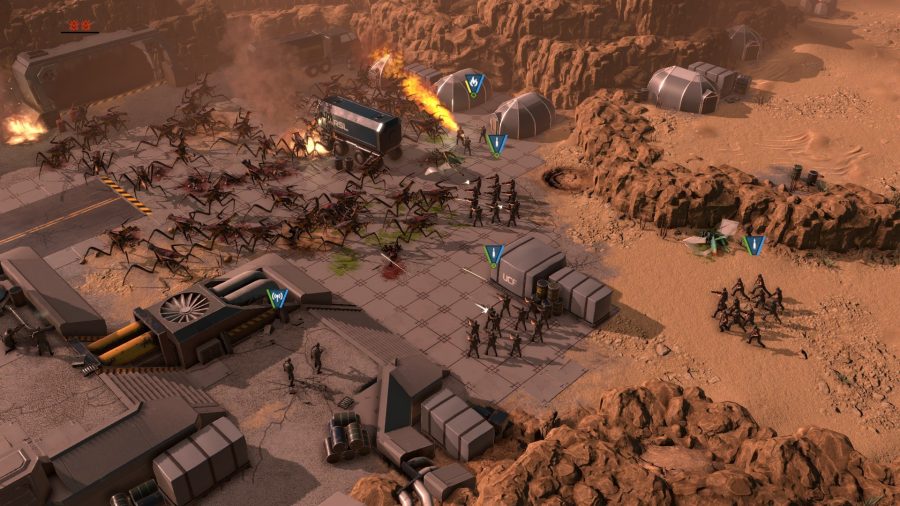 The aesthetics as well are pretty spot on, from the unit design to the way the bugs react to bullet fire and their death animations. The music is familiar, but not as bombastic as Klendathu Drop. The chatter from your NPC handler features some appropriately bullish military banter, but doesn’t quite land as sweetly as Drill Sergeant Zim or Lieutenant Rasczak.
If you’ve been waiting for a decent Starship Troopers game, this shows promise. Like everything else that’s come after 1997’s cinematic masterpiece, it manages to capture parts of what made the film iconic, but not everything. 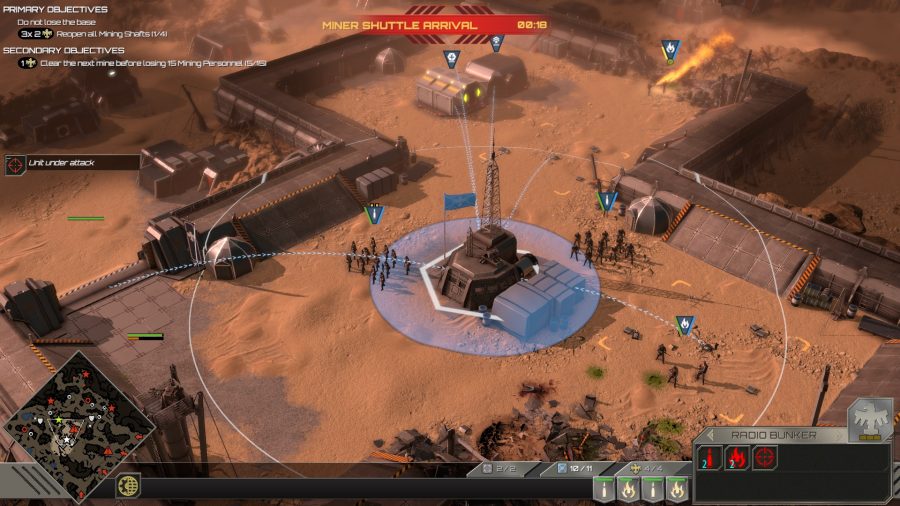 And as a strategy game, it’s (so far) got some neat features and moments, but feels a little rote in places – the latter two missions in the demo can feel especially grindy on harder difficulties.
If the final game leans more into the base defence set pieces, and can perhaps deliver a few more creative scenarios or levels, then this is definitely something to look forward to.
Starship Troopers: Terran Command is coming to PC via Steam and the Slitherine store sometime in 2021.
Get involved in the conversation by heading over to the Strategy Gamer forums. To stay up to date with the latest strategy gaming guides, news, and reviews, follow Strategy Gamer on Twitter and Facebook.

We sometimes include relevant affiliate links in articles from which we earn a small commission. For more information, click here.
Network N earns commission from qualifying purchases via Amazon Associates and other programs.
Joe Robinson Section Editor – Strategy
Updated: Oct 4, 2021
Chapter master of PCGamesN’s strategy content, Joe was previously editor for The Wargamer and Strategy Gamer, and has written for Rock,Paper,Shotgun.